With rising fuel prices and a sluggish freight market, every ship owner is looking for ways to save money while keeping his business profitable.

Aside from energy recovery systems, ships have begun to employ a number of cutting-edge technologies to reduce energy consumption and make ships more environmentally friendly. Since fuel makes up the majority of the ship’s daily operating costs, any reduction in fuel consumption contributes to the establishment’s profitability.

With this in mind, many businesses have taken a proactive approach to fuel efficiency and conservation.

What is an Energy Audit?

An energy audit is the first step toward implementing an exercise in energy efficiency on ships and reaping the benefits of the savings. Energy auditing entails identifying key areas for energy conservation and then developing a program to implement it.

A ship is usually at the peak of its efficiency during new construction, and the guaranteed speed, SFOC, and other parameters are tested in sea trials before being handed over to the buyer. However, as the ship ages and the machinery ceases to function properly, efficiency begins to decline and FO consumption begins to rise.

At this stage, an energy audit can identify key areas of loss and assist in generating significant savings. 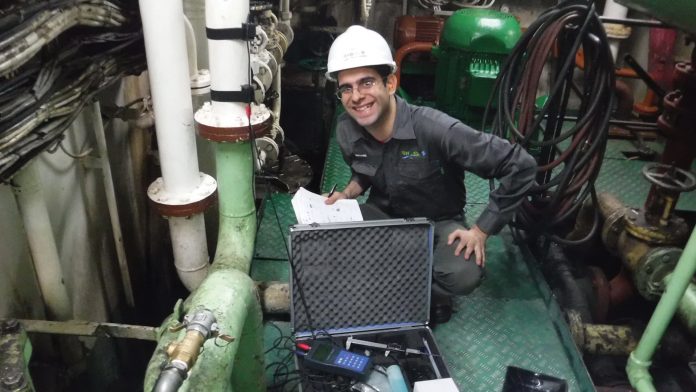 The following is the goal of conducting an energy audit:

The energy audit seeks information about things that are taken for granted and frequently ignored. It investigates the energy consumed by the ship per day while at sea and in port. It identifies the processes that use this energy and ways to save energy. It also evaluates the effectiveness of management control in implementing the recommended changes.

The energy audit report also emphasises the importance of plant metering and control, such as the running hours of the pumps, air compressors, boiler firing time, and fuel used, among other things.

The energy audit seeks information on things that are often taken for granted and ignored. It investigates the amount of energy consumed by the ship per day while at sea and in port. It identifies the processes that use this energy and suggests ways to save energy. It also evaluates the effectiveness of the management control that can be exercised in carrying out the recommended changes.

The energy audit report also emphasises the importance of plant metering and control, such as the running hours of pumps, air compressors, boiler firing time, and fuel used, among other things.

In general, regardless of the machinery or industry, the following steps are followed in an energy audit:

The following are some additional areas where energy conservation and optimization opportunities exist:

The boiler’s heat transfer areas must be monitored. The soot blowing of the boiler must be done on a regular basis because soot buildup acts as an insulator and reduces the heat transfer rate. This means that more fuel will be required to generate the same amount of steam. The same is true for scale buildup in the tubes.

The stack temperature should be monitored on a regular basis, and any increase indicates that heat recovery is not optimal. If the funnel temperature rises by about 40 degrees Celsius after the last cleaning, it indicates that the boiler needs to be cleaned.

The boiler, steam lines, and condensate return to the hot well must all be well insulated. Insulation is damaged or worn out over time. Any analysis using an infrared camera or thermometer can identify hot spots and optimise fuel consumption.

The hot well temperature must be kept between 80 and 85 degrees Celsius, as specified by the manufacturer. A lower temperature causes colder feed water to enter the boiler, increasing fuel costs due to heat loss. A hot well that is overheated will cause vapour lock in the feed pump and loss of suction.

Steam traps are used to discharge condensate, prevent live steam from escaping, and remove air and noncondensable gases from the line. However, it is a largely unnoticed component of steam piping.

Sticked open steam traps allow live steam to escape, resulting in heat loss and an increase in condenser load. A stuck shut steam trap reduces the capacity of the equipment to which it is supplied.

Losses from Radiation and Convection

The exposed surfaces of the boiler body lose a lot of heat to the surroundings. The loss is greater in cold climates. These losses can be reduced with proper insulation.

After optimising steam usage, running a boiler at a lower pressure will reduce fuel consumption.

Throttling is used by the air dampers to control capacity. These old capacity control methods are inaccurate and have poor control characteristics at the top and bottom of the operating range.

If the boiler’s steam demand is variable and fluctuates, replacing the damper type air register with the new electronically controlled variable speed drive forced draught fan should be considered.

Though it is a well-known fact that steam leakage results in energy and fuel loss, many steam leaks go unnoticed due to fear or apathy. Many boiler operational issues can be avoided simply by controlling leaks.

The boiler audit report must include the energy opportunities available, the investment required, fuel savings, and returns. The owner must be informed about the project’s economic viability and feasibility.

There are three types of energy measures that are recommended.

Financial analysis of the energy saving measures is the most important part of a boiler energy audit. Annual cost savings from the upgrades, retrofits and replacements must be provided to enable the owner to make the correct decision.